The third backboard for the boot bench is now fitted, while the fourth has been partially processed. At the end of last week’s blog post I was intending to fully process and finish the final two backboards before fitting them at the same time. However while working on them I decided that it might be better to fit the third board, and then tweak the fourth to fit the remaining space, as this will give me a further opportunity to fine tune the fit of the final board. 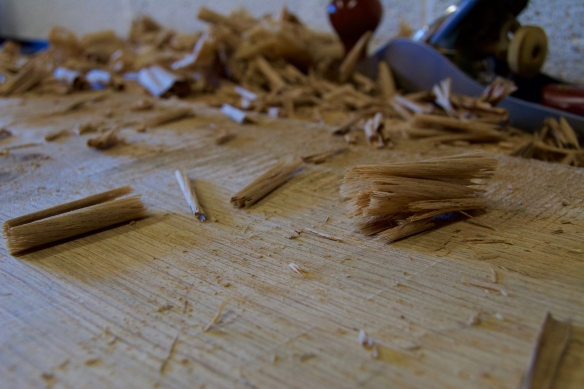 Flattening the reference face of the oak backboards

Over the past year I’ve written plenty about processing stock from rough, so I won’t describe the steps yet again. But while I was planing the backboards down to final dimensions, I was struck by how much this process has become second nature in the 12 months since I started working through The Joiner & Cabinet Maker. The projects in The Joiner & Cabinet Maker were really my introduction to working from rough stock, as it is not something that happens much in my lutherie work! Processing material in the rough can be an intimidating process for beginners, but with a little practice, and an understanding of why the process works, it is a straight forward matter to flatten and dimension even large boards by hand. Processing stock by hand is also an excellent opportunity to become familiar with the core trio of bench planes, and with working wood. All of which means it is definitely something I would encourage beginners to have a go at, and not be intimidated – just grab a jack plane and start making some shavings. 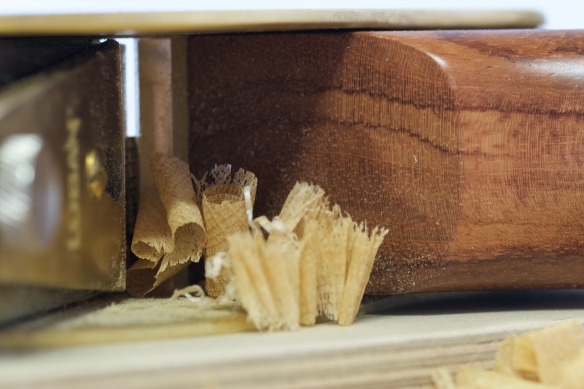 Shooting the ends square with the Quangsheng No.22 mitre plane

The one change I made when processing these two boards was when it came to shooting the ends square. Normally I use a Lie-Nielsen No.51 with an Evenfall Studios shooting board. However, I had a Quangsheng No.22 mitre plane sitting on my workbench waiting to be reviewed for Furniture & Cabinet Making. I like to use review tools on real life projects wherever possible, as this gives me the best insight into how they perform. So as a starter for ten I set the Quangsheng up on a smaller shooting board made by Derek Jones, and planed the ends of the backboards square on that set up. 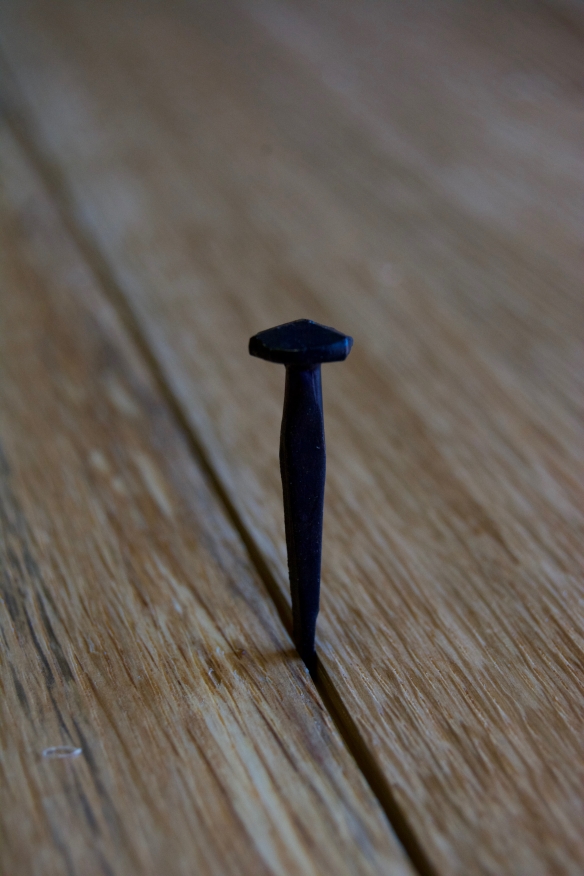 Using cut nails to space the expansion gap between the boards

Cut nails allow for seasonal expansion by bending slightly as the wood moves, which prevents splitting. To allow the nails to do their job it is necessary to leave some room for expansion in the tongue and groove joint. As we are in the middle of a very hot and dry spell (at least, for England) I left more expansion room than I would if I were assembling the backboards during the dead of winter (when the boards would be at their maximum expansion, and most likely to contract over the coming months). I separated the joint just enough to be able to stand the tip of a cut nail on the exposed tongue, and then lined up several nails along the joint to ensure a consistent gap. The backboard was then nailed to the shelves using two nails per shelf, on 3 1/2″ spacing from each edge of the board. 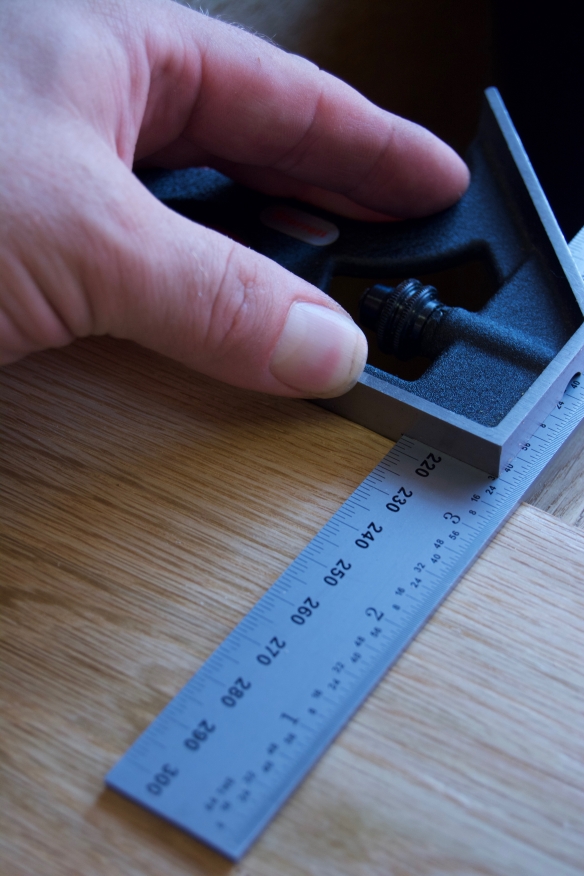 To lay out the nails, I used a combination square and brad awl to mark the location, checking the alignment with the nails fixing the outermost backboards using a 50″ straight edge. A tapered drill bit then drilled pilot holes to a depth of 2/3 of the nail’s length. Once the board was secured to the carcase I removed the cut nails I had used as spacers along the expansion gap. 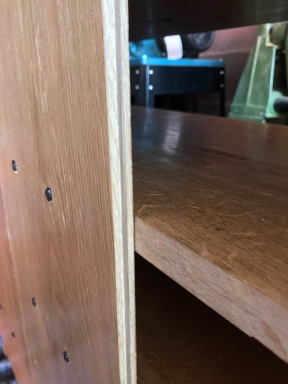 The groove part of the joint, with the backboard fixed in place

The tongue part of the joint, with the backboard fixed in place

The final backboard will be finished and fixed in place when I’m next in the workshop. After that, I’ll be onto making the exterior pretty and applying the finish. 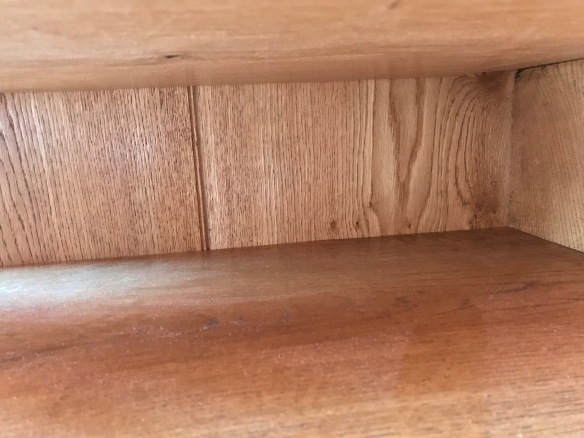 Looking inside the casework shows the beading detail on the tongue and groove joint.