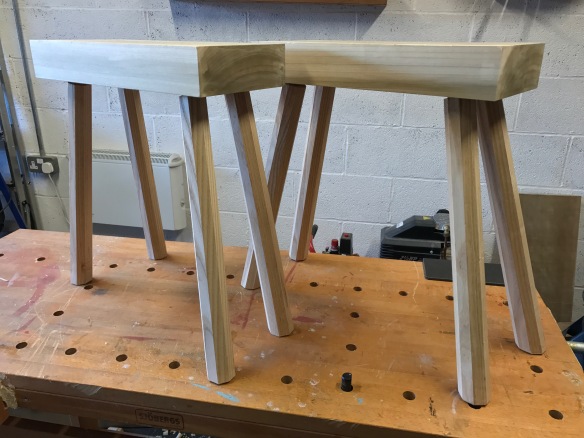 The finished pair of saw benches

The second staked saw bench is now assembled, and I’ve had my first opportunity to press the pair of benches into use. In my last post on this project I had finished work on the legs for the second bench and just had the mortises to drill and ream before glue-up. I approached the rest of the build in the same way I’ve written about previously in this series (which is collected under the “staked furniture category” on the right-hand side of the screen). 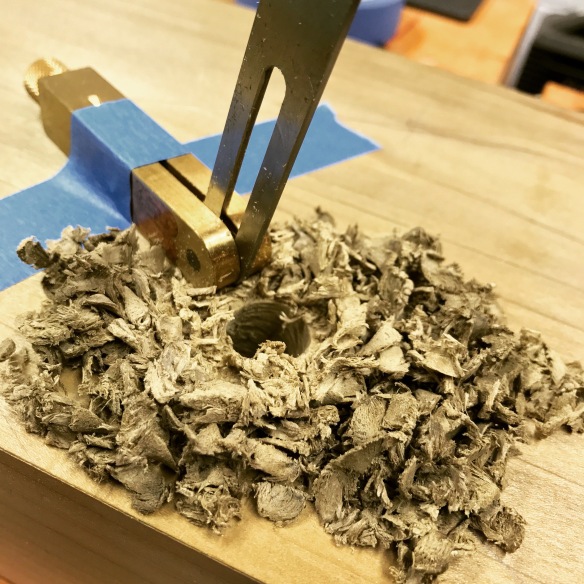 The sliding bevel provides a reference surface for drilling the mortise, but is less assistance when reaming the mortise to match the tapered tenon.

This project has been my first introduction to staked furniture, and to the compound geometry chairmakers use. Dipping my toe into this new world (which is very different to the guitar building or casework I’m used to) has been a great experience. When drilling the mortises for the second bench I was amazed at how quickly the angles for the sight lines settled into my arms and eyes, and steering the auger bit through the bench top at the correct angle using only a sliding bevel for reference felt a lot more natural. There’s no voodoo to this – just a matter of practice. Unfortunately reaming the mortises still feels much less natural, I suppose because there is no reference edge on the reamer which you can use to follow the sightline. I was quite happy with the splay on my first saw bench – it could afford to be a touch more consistent, but it certainly wasn’t terrible. Somehow, despite prioritising the reaming on the second bench I managed to be less consistent than with the first bench. This is definitely an area I need to work on, and I think there may be a third saw bench in my future to really get to terms with this technique (anda to be honest  third saw bench would make sawing long stock easier anyway). I have total admiration for chair makers who can get this operation right time after time – it is definitely the most difficult element of the saw bench build. That being said, even with legs that look a little like Bambi on ice, the second saw bench is still rock solid in use, which goes to show how forgiving the form is. 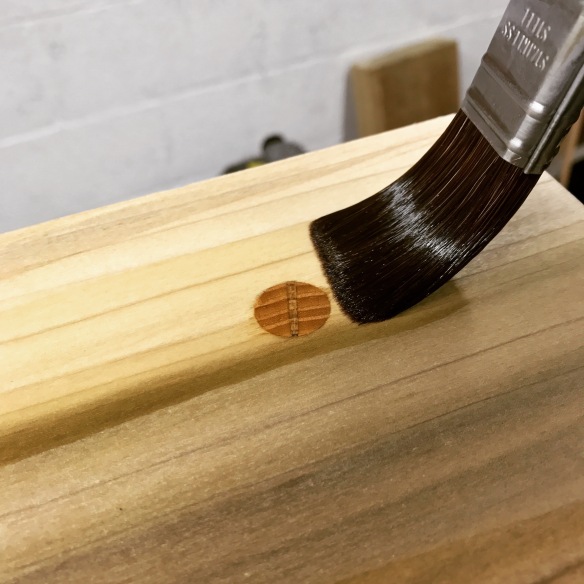 In The Anarchist’s Design Book Chris didn’t apply any finish to his saw benches. I decided that a simple finish would help them survive the rigours of workshop use, and I wanted to try a recipe Derek had given me. Both saw benches received a coat of freshly mixed amber shellac (a one pound cut) to which I added pumice powder. After this had dried and sat for a couple of days I then burnished the benches with a handful of plane shavings. The result is a slightly grippy, matt finish which will offer the benches protection and which can be easily renewed as and when it becomes necessary. 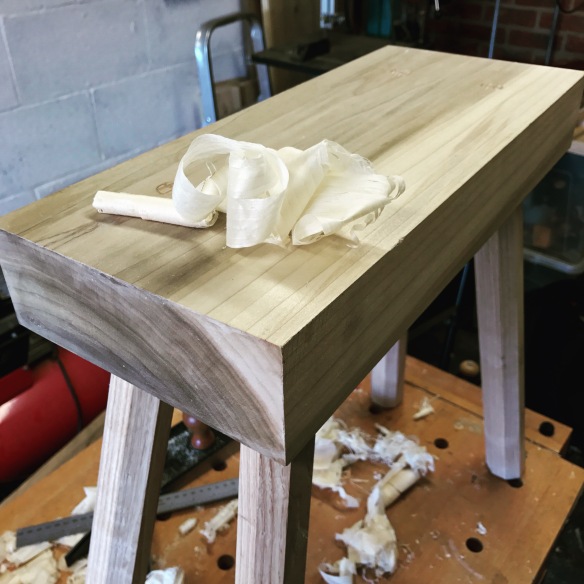 As soon as the finish has been burnished I was keen to put the saw benches into use, and so I used it as an opportunity to break down a 14′ long board of 12″ wide pine that I’ve been saving for a second Packing Box from The Joiner & Cabinet Maker. This is the first time I’ve used a good pair of saw benches sized specifically for my height, and the experience was extremely illuminating. My initial observations on working this way are as follows. 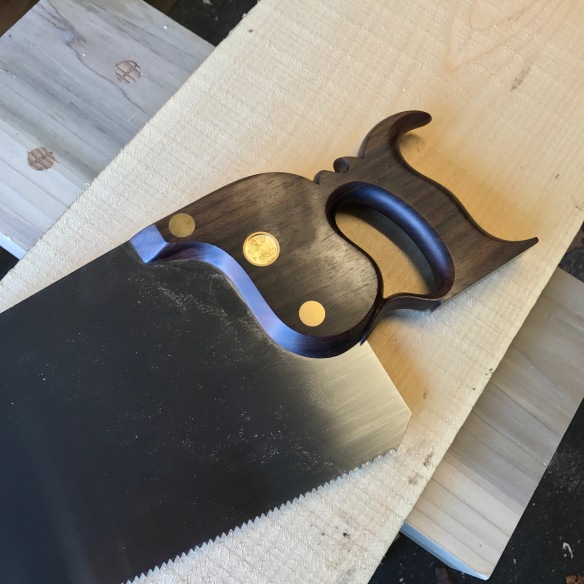